“Our added winter moisture and active calling period led to a very long nesting and hatching season, starting in late April and extending into early summer, with chicks hatching as late as early July,” O’Dell said. “From a population standpoint, we are out of a deficit for the first time since 2001-2002. Quail are starting to pop up in places they haven’t been seen in a while.
“If you’ve never had the chance to experience what Arizona quail hunting built its name on, then this would be the year to get out and enjoy it.”
Meanwhile, hunters should note that the season for Mearns’ quail doesn’t begin until Dec. 4. It’s summer rainfall that plays a key role in nesting success and population numbers of this species. After a spotty and relatively weak monsoon across southern Arizona, these birds are likely to be abundant only in pockets that received sufficient precipitation this summer.
A valid Arizona hunting or combination hunt and fish license is required for all hunters 10 and older. Those hunters under 10 must either have a valid hunting or combination hunt and fish license, or be accompanied by an adult who possesses a valid hunting or combination hunt and fish license. Licenses can be purchased online or at license dealers statewide. A youth combination hunt and fish license (ages 10 to 17) is $5.
The general bag limit is 15 quail per day in the aggregate, of which no more than eight may be Mearns’ quail (when the Mearns’ season opens Dec. 4). The general possession limit is 45 quail in the aggregate after opening day, of which no more than 15 Gambel’s, scaled or California quail in the aggregate may be taken in any one day. After the opening of the Mearns’ season, the 45-quail possession limit may include 24 Mearns’ quail, of which no more than eight may be taken in any one day.
More quail-hunting information can be found on the department’s website at https://www.azgfd.com/Hunting/. Another resource for both new and experienced hunters alike is “An Introduction to Hunting Arizona’s Small Game.” Written by Randall D. Babb, the 196-page, full-color book covers where and how to hunt small game birds (like quail), squirrels, rabbits, ducks and geese. It also includes how to prepare and cook your harvest, with illustrations and recipes. The book can be ordered for $16.95 at www.azgfd.gov/publications.
Finally, hunters should check out O’Dell’s techniques for field-dressing quail at https://www.youtube.com/watch?v=3gRwZAcWzzk.
####
Publishers Notes: OUT OF STATE HUNTERS, FISHERMEN & OUTDOOR ENTHUSIASTS; Due to the Covid 19 pandemic, there could be limitations for OUT of STATE hunters, fishermen and other outdoor enthusiasts to include a 14-day quarantine requirement or negative COVID-19 testing alternative. Please check with the State's Department of Natural Resources BEFORE you travel or apply for the 2020 Fall Hunts.
The Backcountry Press

The country's premier daily HUNTING, FISHING & OUTDOOR news in the USA and around the globe.  Read whats happening in your neck of the woods & beyond.

Tweets by TBCPress
The Backcountry Outdoor News reports the latest hunting and, fishing news along with fishing derbies and tournaments
from:
1

Gray Wolves Delisted from Endangered Species Act Across Most of U.S.
Submitted by:  TBC Press
Posted on: 11/02/20
Gray wolf protections have been a hot topic of discussion lately, after the Trump Administration and its many conservation partners recently announced the successful recovery of the gray wolf and its delisting from the Endangered Species Act.
Some have deemed the act ‘premature’ or ‘wreckless’, but U.S. Secretary of the Interior David L. Bernhardt argues gray wolves have “exceeded all conservation goals for recovery.”
Bernhardt was at the Minnesota Valley National Wildlife Refuge to announce that state and tribal wildlife management agency professionals will resume responsibility for sustainable management and protection of delisted gray wolves in states with gray wolf populations, while the U.S. Fish and Wildlife Service (Service) monitors the species for five years to ensure the continued success of the species.
“This recent action reflects the Trump Administration’s continued commitment to species conservation based on the parameters of the law and the best scientific and commercial data available,” said Secretary Bernhardt. “The announcement simply reflects the determination that this species is neither a threatened nor endangered species based on the specific factors Congress has laid out in the law.”
The Service based its final determination solely on the best scientific and commercial data available, a thorough analysis of threats and how they have been alleviated and the ongoing commitment and proven track record of states and tribes to continue managing for healthy wolf populations once delisted. This analysis includes the latest information about the wolf’s current and historical distribution in the contiguous United States.
Federal wildlife officials point to the thriving wolf populations in the western Great Lakes region, Rocky Mountains and Pacific Northwest saying their numbers ensure the species’ long-term survival. Their argument is it’s not necessary for wolves to be found in every place they once inhabited in order for them to be considered recovered.
The gray wolf is the latest in a strong list of ESA recoveries that includes the bald eagle, peregrine falcon, American alligator, brown pelican and 48 other species of animals and plants in U.S. states, territories and waters. Countless more have improved or stabilized. Collectively, these successes demonstrate that the ESA can make a difference for imperiled species.
No administration in history has recovered more imperiled species in their first term than the Trump Administration. Since 2017, thirteen species – and now the gray wolf – have been determined to not be either a threatened species or endangered species under the ESA’s List of Endangered and Threatened Wildlife, and another seven species have been downlisted from endangered species to threatened species. To provide context for this in looking at other administrations in their first term, the Obama Administration recovered six species; the Bush Administration recovered eight species; and the Clinton Administration recovered nine species.
“President Trump’s Administration has focused on proactive measures, including partnerships with organizations, to ensure listed species flourish to the point of recovery,” said Director of the U.S. Fish and Wildlife Service Aurelia Skipwith. “Today is a win for the gray wolf and the American people. I am grateful for these partnerships with States and Tribes and their commitment to sustainable management of wolves that will ensure the species long-term survival following this delisting.”
Gray wolves in the Northern Rocky Mountains, where a healthy and sustainable population roams across Wyoming, Montana, Idaho, and eastern portions of Oregon and Washington, were previously delisted. These states have since managed this delisted population effectively and responsibly. Wolves have even expanded into western Oregon, western Washington, northern California and most recently in northwest Colorado.
The Western Great Lakes wolf population in Michigan, Wisconsin and Minnesota, the largest outside Alaska, is also strong and stable. These states have been key partners in wolf recovery efforts and have made a commitment to continue their activities. The states of Washington, Oregon, California and Colorado are also committed to conserving wolves, as demonstrated by their development of management plans and laws protecting wolves.
This final rule excludes Mexican wolves as that species remains listed under the ESA. The final rule will be effective 60 days after publication in the Federal Register.
More information is online at https://www.fws.gov/home/wolfrecovery.
Stock Image
Article courtesy of Outdoor Hub
####
Publishers Notes: OUT OF STATE HUNTERS, FISHERMEN & OUTDOOR ENTHUSIASTS; Due to the Covid 19 pandemic, there could be limitations for OUT of STATE hunters, fishermen and other outdoor enthusiasts to include a 14-day quarantine requirement or negative COVID-19 testing alternative. Please check with the State's Department of Natural Resources BEFORE you travel or apply for the 2020 Fall Hunts.
As OUR COUNTRY REOPENS AGAIN (from the COVID-19 pandemic) and continue to enjoy outdoor activities, ALL outdoor enthusiasts (man, woman, child) should follow the guidelines set by nps.gov. These guidelines include; social distancing, the Leave No Trace principles, including pack-in and pack-out, to keep outdoor spaces safe and healthy.
News # 14051 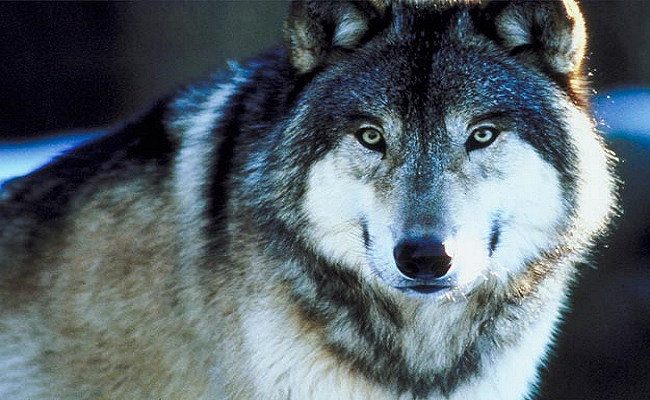