The country's premier daily HUNTING, FISHING & OUTDOOR news in the USA and around the globe.  Read whats happening in your neck of the woods & beyond.

Tweets by TBCPress
The Backcountry Outdoor News reports the latest hunting and, fishing news along with fishing derbies and tournaments
from:
1

States to Close Sturgeon Seasons in Bonneville, The Dalles Pools
Submitted by:  TBC Press
Posted on: 02/13/20

The closures were adopted during a joint hearing of fish and wildlife departments from the two states after reviewing creel survey data that indicated the fisheries are approaching their respective harvest guidelines.
Through Feb. 9, recreational sturgeon anglers have harvested an estimated 83% of the Bonneville Pool guideline and 76% of The Dalles Pool guideline.  With the improved weather, catch rates have begun to improve, prompting staff to recommend the closures to minimize the risk of exceeding harvest guidelines.
Retention sturgeon fishing remains open in John Day Pool, where, through February 9, anglers have harvested an estimated 37 sturgeon toward their guideline of 105 legal-sized fish.
Catch-and-release sturgeon fishing remains open in all three pools, except in the spawning closure areas which will be in effect May 1 through August 31.
Stock Image
####
Two recreational white sturgeon fisheries in the Columbia River upstream of Bonneville Dam will close during the upcoming week under rules adopted recently by fishery managers from Oregon and Washington while a third remains open until its harvest guideline is met.
Retention sturgeon fishing will close in Bonneville Pool and adjacent tributaries effective 12:01 a.m. Friday, Feb. 14 and in The Dalles Pool and adjacent tributaries effective 12:01 a.m. Tuesday, Feb. 18. 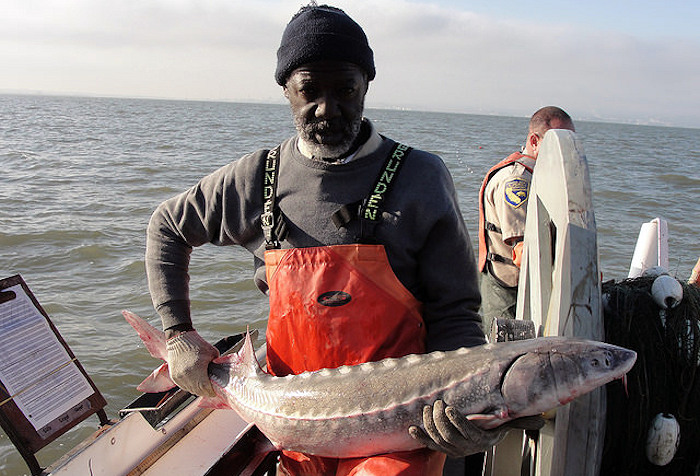